Home / Articles / How Long Should It Take To Fall Asleep?

How Long Should It Take To Fall Asleep?

You toss and turn but just cannot fall asleep. If this sounds familiar, don’t worry; you aren’t alone. Millions of people struggle to fall asleep every night, especially in this age of technology. Many of these same people remember how easy it was to fall asleep when they were younger, and wonder why it takes so long to do so at this point. Luckily, the solution is simple.

What Is The Average Time To Fall Asleep?

The average person takes around seven minutes to fall asleep. This stage of sleep is called the Alpha stage, and isn’t limited solely to sleep. Those who practice meditation often drop into this range of brainwave activity while meditating, as do those who pray often. 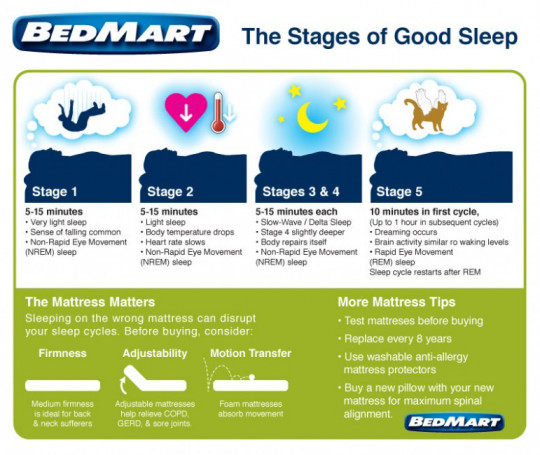 The Alpha stage feels ‘dreamy,’ in that it seems as though you’re dreaming while not yet being asleep. It’s a restful state that the brain will enter into throughout the day during periods of inactivity.

During the Alpha period of sleep, it’s common for sleepers to experience something called a hypnogogic hallucination. These hallucinations are often auditory, and those who experience them say they feel as though someone called their name or they heard a knock at the door.

After the Alpha period, sleepers enter the Theta period. This is the part of sleep that is often described as ‘not really awake, but not yet asleep either.’ It’s the mid-point between full wakefulness and true sleep, and may last between 5 and 10 minutes.

After the Theta period begins, the heart rate slows and body temperature begins to drop. Imagine a computer powering down; that’s similar to what happens to you during this time. Strange brainwave activity also begins at this point with something called Sleep Spindles, which are almost rhythmic in nature.

When you enter the third stage of sleep, the brain begins to produce Delta Waves. These are slow moving brainwaves that signal the transition between light and deep sleep before REM begins. Although these slow-moving brainwaves begin in the third stage of sleep, the fourth stage is when deep sleep occurs. This is the period when bed wetting and sleep walking most commonly occurs.

How To Make Yourself Go To Sleep Fast

The problem most people have is that it can take them upwards of an hour to reach the earliest stages of sleep. They may hover in the Alpha stage for half an hour before they even begin to nod off. In the worst cases, it can take even longer.

The body is evolutionarily designed to fall sleepy after the sun goes down. However, because of technology and artificial lighting, the chemical signals that trigger this response are often delayed or confused. Rather than making us feel sleepy at night, computer monitors, cellphones, and televisions keep us awake. Scientists recommend you take at least an hour before bed with no technology. Turn off the television, set your phone aside, and get off the computer. Read a book or spend some time journaling; do what you can to avoid using a screen, and try to use a natural light lamp.

Another technique for falling asleep quickly involves bathing. When you step out of a warm bath, you feel sleepy because the sudden drop in body temperature mimics that which occurs during sleep. The heat will relax the muscles and allow you to relax more easily once you crawl into bed.

A less conventional way of falling asleep is to hide the clock. The psychological pressure you may feel when staring at the clock and thinking, “If I don’t fall asleep soon, I’ll only snag five hours of shut-eye,” can make it harder to fall asleep. By hiding the clock or turning it away from you, you remove the temptation to stare at it.

Meditation is another useful technique. By deliberately slowing your breathing and focusing on relaxing, you make it easier to fall asleep. There are many guided meditation programs available designed specifically for those attempting to fall asleep.

A similar technique involves focusing on each limb and clenching it, then relaxing. By closing your eyes and moving through the body section by section, you can identify where there is unaddressed tension and force the body to relax. This makes falling asleep much easier. Try to avoid caffeine in the later parts of the day. Because it takes roughly eight hours for caffeine to digest, drinking it after noon can inhibit your ability to fall asleep in the evenings. It’s better to have coffee in the morning, but no more than four cups per day, and no later than lunch.

Finally, keeping the bedroom at a cooler than average temperature can help you fall asleep. The body temperature drops naturally during sleep, but deeper sleep can be achieved by mimicking this effect. A cooler room also keeps you more still, as you aren’t likely to kick the covers off halfway through the night.

There are multiple techniques for falling asleep more quickly and easily. If you struggle with settling down around night, try implementing these into your daily routine. A lack of sleep can have negative effects not only physically, but also psychologically. Do what’s necessary to ensure you get the proper rest, and you’ll see the benefits reflected in every aspect of your life. Comment if you have anything to add to the discussion.

If you want to fall asleep faster and more easily, follow these tips: